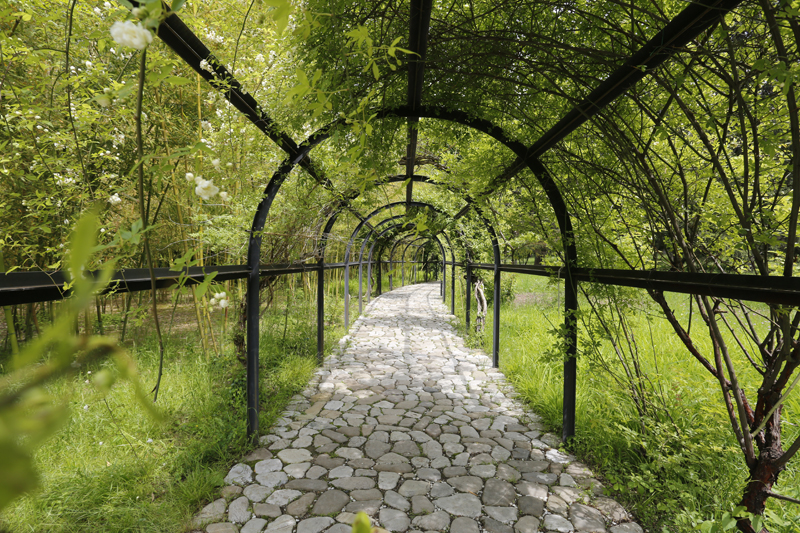 The story of Tsinandali Park begins in the early XIX c. Originally, there were orchards, promenades, alleys, vineyards, as well as oaks, limes and maples there.

Mr. Alexander Chavchavadze had an underground irrigation system installed and added some more verdure to the Park. The Park was laid out by the European landscape architects. With time, it expanded and some exotic plants were planted, too. People say that Tsinandali Park is somewhat like Richmond Park, Kew gardens etc.

However, in 1854, insurgents fighting the Russian Empire led by Imam Shamil of Dagestan nearly devastated the Park so much so that it never looked the same any more.

However, Mr. Arnold Regel, the well-known landscape architect from St. Petersburg, who had laid out quite a few parks in Europe, was commissioned restoration of the Chavchavadze garden. Apart from laying out the Park, Regel had to import plants from abroad, as well.

Since 2008, the Tsinandali the Chavchavadze estate and the garden have been under the patronage of Silk Road Group. At the time, the Park had but little of its original looks and was interesting merely in dendrological terms. Owing to the Group’s support, the paths, driveways, vistas were restored, garden patterns duly arranged according to Regel’s concept.

Now, the Park houses approximately 1500 plants 40 out of which are unique species. Also from 2008, phytosanitary studies implying diagnostics and treatment of the plants are carried out in the Park. Its restoration works are still underway.